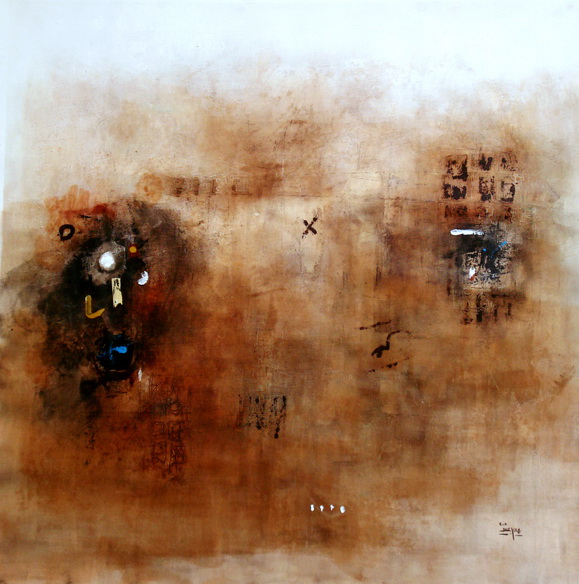 Talal Moualla received a BA in Arabic Language from Tishreen University in Syria, and then followed this by Special Studies in Contemporary Art History in Sienna, Italy. As well as being a member of several international art councils in both Paris and Syria, Talal is respected critic, writer and broadcaster, and is currently the Director of The Sharjah Art Institute & Arabic Arts Centre in Sharjah-UAE.

When Talal Moualla comes forth to paint, we witness strong lines that create human forms which belong to us. He is the artist that leans towards the human form in both its female and male parts, until we reach the faces, the key to these human bodies. He draws as someone who wants to capture a certain past moment that is yet still present where a bride appears in her splendor, and the groom in his magnificence, and where the faces retain a certain power both with their closed and open eyes. It is the art that combines a sufist vision and an impressionist scene at once; two lines of a dream that always accompany the Moualla, the poet and the artist who always dreams of love.


Click Here To See All The Paintings Of The Exhibition
primewire