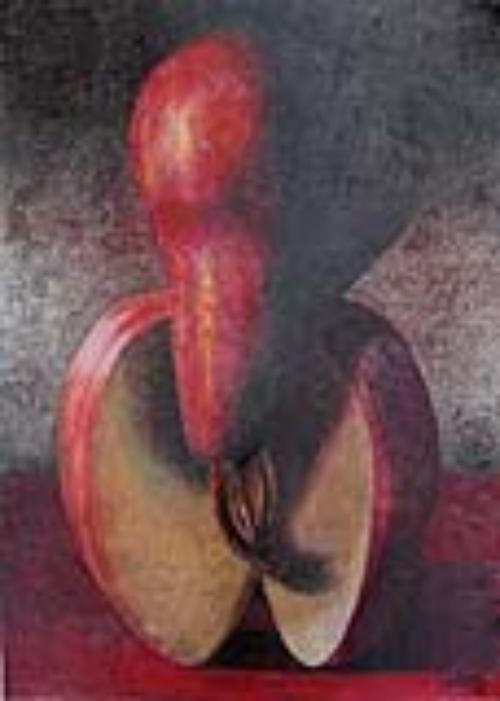 I believe that among the many ways of seeing the world and expressing it, there is one way where everything we see is subjected to a purification process that transforms it from its ordinary state to a special poetic state, similar, for instance, to the wondrous transformation of words we might see on a police report, where words change into a poetic text in strange chemical formula of twisted reactions. This beautiful purple passageway is what enables us to sketch in our minds the land of our dreams and the effects of our oscillation between wakefulness and sleep, between consciousness and unconsciousness, between reality and illusion. It enables us to paint an apple without a human eye in its center, nevertheless still knowing that is man. This is magical reality.

Few people know that the temptation of light is fatal and that it lies at the core of many problems that face painters and photographers and those that view existence from an optical viewpoint. In seeing how light falls on matter, there is a magic that only a few people realize and understand, though it affects almost everyone. Yet, the mystery lies more in that wonderful relationship between light as an optical value and the psychological and impressionist reflection that is imprinted in the heart of man. This is the one thing that has preoccupied the majority of influential artists throughout the history of art.

My work in this gallery entitled “Woman: An Inside Look” is part of several studies designed to experiment with new lighting techniques to portray the flesh in its various states. Like many, I was impressed with the gentleness of light falling on the human body and the different ways in which the body reflects the falling light. It is a type of visual passion for the beauty of women, falling under their spell, out of one’s own will and without any ability to resist.


Click Here To See All The Paintings Of The Exhibition
primewire